Countries must close their gates to tourism

Countries must close their gates to tourism.

The local inhabitants have flown into a rage. Despite their astronomical charges, the hotels are packed out. Streets are swarming with strangers. Pavements have been occupied with the tents put up by the visitors who are outdoor types or are budget travelers who may not afford the high cost of accommodation. Traffic jam, as a result of which pandemonium is more likely to break out, has trapped the drivers in the scorching sun and made them act like a cat on hot bricks. Pollution in the seaside has left no beauty to enjoy. Soaring prices have made the purchase unaffordable for the natives. Sometimes your resort town is so swelled with the strangers that you think you are lost in your hometown. This is the scene created by the globetrotting tourists who have made foreign destinations as their exotic paradises.

As soon as the gates of a given country are opened to tourism, a plethora of uncaring tourists who are bitten by the travel bug, hit the road and march on the purity of that country’s nature and lacerate its beauty. There have been a lot of arguments about whether tourism is beneficial or harmful to countries. Most of the developing countries whose main source of foreign exchange is tourism industry overlook certain setbacks such as the fact that sometimes they are not prepared to meet and support such a large number of people. This Lack of preparation brings about some irreparable harm.

We have to encourage the governments to close their borders to tourists since the negative impact of this young industry outweighs its positive benefits. The issue is massive and global. Countries with tourist resorts have found life quite impossible since tourism has left the host countries with a variety of insurmountable problems. The locals are facing unaffordable accommodations day in, day out and year in, year out due to the urgent demand of the tourists for houses to hire. Tourists set new prices wherever they tread on. They make the locals face with a constant boom in cost of living. The result is that the business owners are certainly the winners while the ordinary people as their customers are the losers. A fly-on-the-wall documentary will certainly prove our claim.

Of paramount importance is the tragedy that the chiseled inscriptions marked on the historical monuments by the passionate visitors just to release their excitement and presumably leave a message in history have more deteriorated the issue. It is often assumed that the chiseled name in the caption illustrates something about the figure. A close attention proves it wrong. A naughty teenager has put his masterpiece down there just to say that with his family he was a visitor to that treasured site. His scribbled signature confirms it. Officials can’t simply keep a tight rein on the visitors. Have you ever thought what a global catastrophe would happen upon these architectural treasures if every visitor chiseled only a tiny line into the buildings? Unfortunately, this disaster has already started.

Ensuing tailback, litter on the streets, dirt on the shore, rationing of some needed goods, and high prices are nothing compared with what tourism does to the culture of the host country. Tourism is a real attack to what has long been accepted as the fixed beliefs and norms of the nations. A countless number of people with a variety of cultures find their ways to a certain country and consciously or unconsciously cause some changes in the ways people live and think. The impact is quite inevitable. In order for the hosts to satisfy the guests, they have to think, along similar lines with the guests’ way of thinking. Cultures are at stake with tourism.

Some statistical facts will illuminate the severity of the problem. According to a Swiss joke, the Swiss government will have to build new mountains for the tourists since the Alps can no longer accommodate the number of cable cars. Some palaces in Persepolis in Iran have been put behind the iron bars so as not to let the storming crowd in. People have to cast a remote glance at the site. Mediterranean has become the dirtiest sea in the world. The population in its shores swells to 230 million each summer. Venice, that Italian water city with its unique exquisite beauty is sometimes closed to the visitors. To prevent the destructive touch of tourism, the city officials had to build a replica of the cave paintings in Lascaux in France. These and many other examples will suffice to claim, that tourism brings death rather than wealth to countries. Steve McGuire, a tourist consultant, confirms this fact by saying that “tourism more often than not ruins the very assets it seeks to exploit, and having done that damage, simply moves on elsewhere.” By the way, tourism is not only the goose that lays golden eggs; it also fouls its own nest.

Develop the following ideas to oppose the author’s opinion. 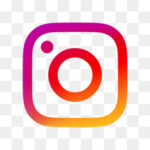